Sealander Architects designed renovations and an addition to the gymnasium at China Middle School in Regional School Unit 18. The project was competitively bid.

While appearing to be straightforward—design an addition for new locker rooms and bathrooms—we realized during schematic design that a locker room addition would be nearly impossible due to the location of the existing sewer line.  This fact led us to conclude that it would be less expensive to relocate the theater stage to the new addition, and put the new lockers and bathrooms where the existing stage was.  By flipping the layout, we were able to provide additional space for faculty offices and a music practice room.

As with many renovation projects in older buildings, we faced some issues in dealing with the mechanical and electrical systems. Mechanical systems were old and inefficient, and the power available was undersized.  We were able to bring a second power line in from the street with 3-phase service for less than it would have cost to run another wire from the main single-phase panel.

Since the project was more involved than a typical “summer slammer” school project, we incorporated measures to keep the school functioning during construction. Working with the contractor and the school administration, we devised a sequencing plan that allowed critical parts of the school to be certified substantially complete before the entire project was done.

This project required working with the Maine State Fire Marshal to provide satisfactory resolutions to fire and life safety issues at the school.  Specifically, the school was too large not to have a sprinkler system. We were able to create a code-compliant fire separation between the gymnasium and the rest of the school. 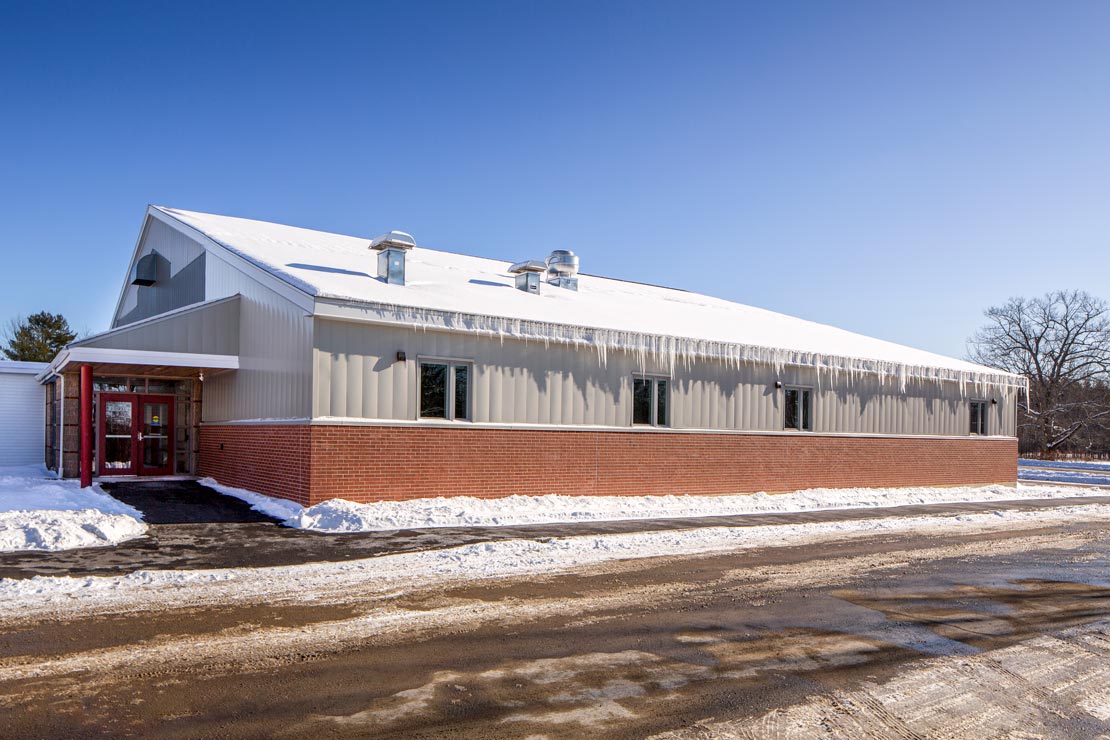 more from the notebook